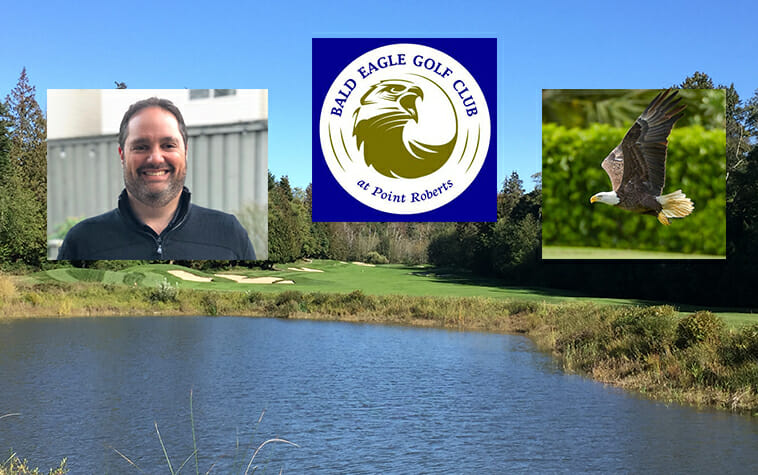 Kyle German was out of the golf business and so, for a time, was Point Roberts. Now they are both back, reunited — and it feels so good — in the sleepy Washington state resort community south of Tsawwassen at Bald Eagle Golf Club.

German ran the original Point Roberts Golf Course for about seven years between 2005 and 2012. He left after things began to slide downhill when the previous owner stopped paying some bills. The course had its water supply cut off, fell into disrepair and was eventually closed. Now it’s back, rebranded as Bald Eagle Golf Club at Point Roberts, and better than ever.

The new owners, a consortium of Chinese investors, have poured millions of dollars into restoring the facility. They hired Wayne Carleton, the original architect, to bring it back to life. All but one of the greens was replaced and paved cart paths were installed.

The course re-opened last year and German was hired April 1st as general manager and head professional. “They got in touch with me, they were looking for someone and we kind of went back and forth,” German said. “It kind of came out of nowhere and I just had to jump at it. It was an avenue to getting back in the golf business and doing what I love.”

German, a former Canadian PGA Club Professional Champion whose B.C. stops have included stints at Point Grey and University Golf Clubs, was sold on the new job the minute he toured the restored course. “It was disheartening to see what had become of it and then coming back to see it myself, I was astonished at what they had done. They had worked so hard and put so much into it. It is fantastic to have it back to where it was.” 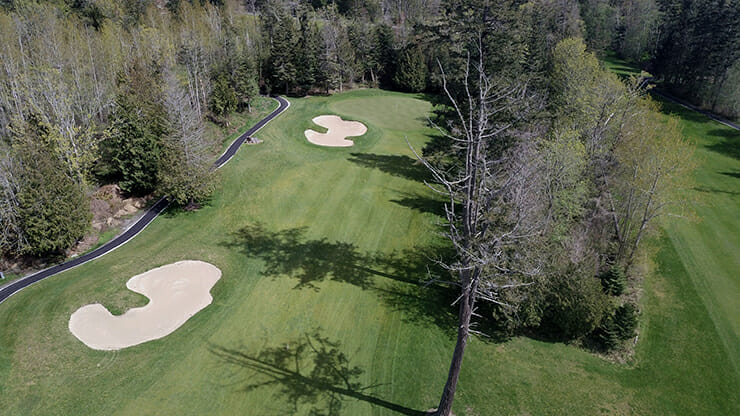 One of the first things German did was convince the owners that they had to lower their green fees. When Bald Eagle reopened last summer, fees were set in the neighbourhood of $75 US. Golfers did not exactly flock across the border to come play. This year, the fees are a much more reasonable $40 US on weekdays and $45 US on weekends. “And that is not going to change over the summer,” German said. “Those are our prices.”

Slowly, word is getting out about Bald Eagle. The design has always been rock solid and the course is in superb shape, with firm and fast greens. Most of the holes are cut between trees, so there is a real feeling of solitude when you play. Bald Eagle has four sets of tees, measuring between 5,144 and 6,868 yards.

“Even if it does happen to be busy, you always kind of feel like you are alone,” German said. “It is very quiet down here, there are no planes going overhead. The eagles fly over and you can hear their wings flapping. So the serenity of it is fantastic. The strength of the design of the golf course is what we hang our hat on.”

German has invited several of his golf industry colleagues down to Bald Eagle and everyone is impressed. “A lot of them that had seen it kind of go downhill have come back and they are thankful that it’s back,” he said. “The feedback has been really great. I am looking forward to hosting more of the local guys, we are going to do one of the G&G (PGA of BC) Tour events in August and try to get them down here. I love to have as many golf pros and high-calibre players down here because golfers talk. And the more they talk, the better it is for us.” 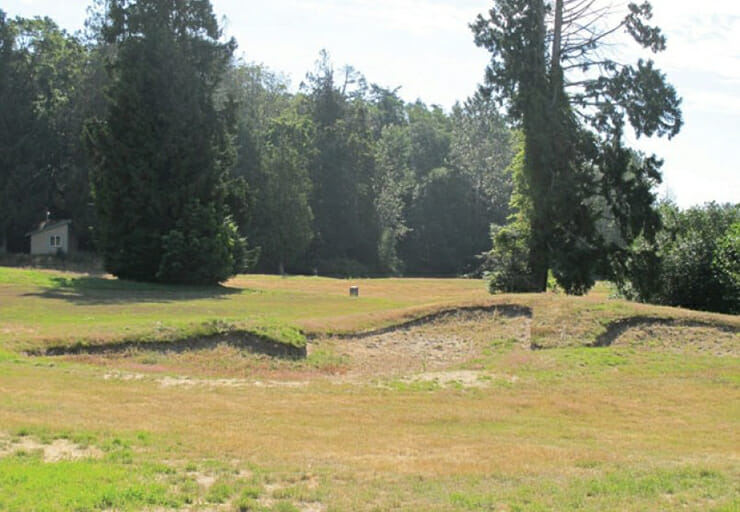 There are challenges, of course, most notably the border and our sagging Canadian dollar. The original Point Roberts course opened just a week before the 9-11 terrorist attacks, which made the border even more of an issue. It is not uncommon to see 45-minute lineups on weekends, although the day we played — a weekday — the lineup was less than five minutes.

“The border officials are doing their job and they have their directives,” German said. “It’s just that it has been a tough challenge for this place to get people to come when on a nice beautiful Saturday or Sunday morning it is not uncommon for there to be a 45-minute lineup. So it is tough to get people to do that when there are 30 other options in Vancouver and there’s not a border to deal with. That is our major challenge.”

Right now, the focus is on trying to lure golfers across the border to give Bald Eagle a look. “Our goal is to get as many people down here in the next year or two to see it,” German said. “We have rebranded so we are letting people know that Point Roberts Golf Course is now Bald Eagle and we are open again.

“Honestly, the last few years it was open it was in rough shape, it was in disrepair and it probably upset the people who played here a lot. So we are trying to get them back and let them see what we have accomplished and we hope to win their business back.”